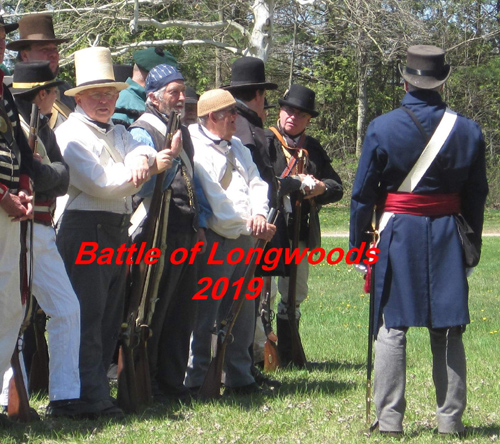 Once again the Royal Scots Lights pulled off a great start to the 1812 season! The Battle of Longwoods is a perennial favourite with the Incorporated Militia! This year saw a victory for the Redcoats on Saturday and an American victory on Sunday! We got to be on the winning side both days! Some of our pictures are in with field shots c/o Carol and June. The set so far, can be found at:

For the last 11 years The Incorporated Militia of Upper Canada has participated in the Rise To Rebellion School Program at the Georgina Pioneer Village. The Lloytown Volunteers (US 22nd) provided the "Rebels" and we provided the forces of the Family Compact. Several hundred grade 7 students form the local schools participated in drill training and learning about both sides of the issues of the 1837 Rebellions. Pictures can be found at: