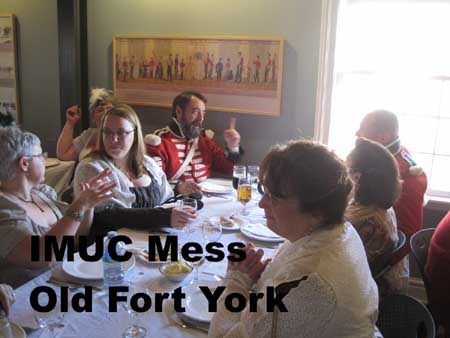 Last evening at Old Fort York, The Incorporated Militia of Upper Canada held their annual Mess Dinner. We had 85 in attendance including good friends form the US 22nd, The Canadian Volunteers, The Royal Navy, The Royal Artillery and the 2nd York Militia. Good friends, good food, good times, good stories!

This is the 202nd anniversary of the founding of IMUC and it was mentioned by one of our American friends that he was sure at least a few of us had been to all 202 of the annual Messes!

Some pictures can be found at: 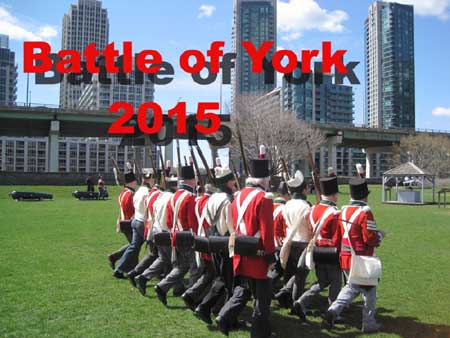 IMUC has spent part of 4 of the last 5 weekends at Old Fort York in Toronto!

The Fort, always a terrific host, allows us space and time to work out the kinks before the 19812 season begins! This weekend just happened to be the 202nd anniversary of the Battle of York, a perfect excuse for drill.  Several other groups which included but are not limited to the Crown Forces Corp of Drums, The 10th, The 2nd York Militia, The 89th and The 90th were also present .

Six of our new recruits were finally kitted out and given one on one firing instructions for the first time. There were lots of smiles! With the Battle of Longwoods next weekend, we are hopefully off to a great start!

Our Campfollowers were able to get a few pictures from the day.

They can be seen at: