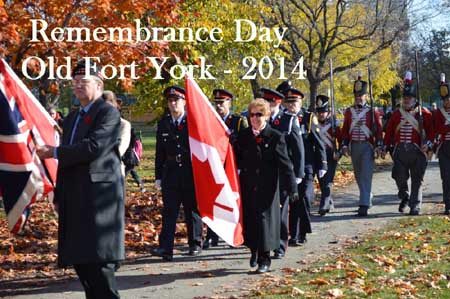 As in the past, those of us who were available, fell in with the Staff of Old Fort York for their annual Remembrance Day Ceremony. Again the IODE Canada were present as they have been since the 1020s when they raised funds to have the memorial on the Fort York Commons repaired.  Veterans, members of the Police, Fire and Emergency Services also attended.  Fort staff in full WWI kit led the parade to the cenotaph.  The Incorporated Militia formed part of the Honour Guard.

We are here annually, “Lest We Forget!”

The Past Meets The Present! 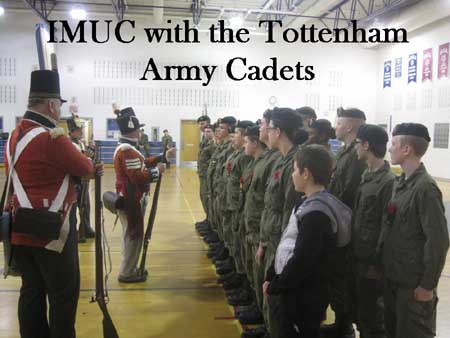 This past Monday night, several members of the Incorporated Militia were invited to visit with the Tottehnam Army Cadets, to explain know who we are and what we portray.  Two of our members work with these young people every week.

What a great, interested audience to talk to about our time period!!  We even did a bit of preliminary period drill with them.  Though modern drill is often based on older procedures, the cadets almost nailed wheeling to the right and left (with a 12 man frontage) the first time out!  Immediately we envisioned 24 new young IMUC recruits, all dressed in red and trained!!


Thanks Ben and Sharon for inviting us to your Army Cadet  program.