What a difference two weeks make in the weather and in the drill !  The Incorporated Militia of Upper Canada was back at Fort York today - no greatcoats needed - for another day of drill.  Lots of marching, lots of wheeling, the manual of arms and Forming 4s!  It is good to get the rust out!

Our newest recruits are to be congratulated for their concentration and should be ready for the start of the re-enacting season.

We shared the ground with the York Militia, brothers in arms!  Historically The York Militia was one of the groups the Incorporated Militia drew its members.  The weather seemed to bring out the best in both groups. 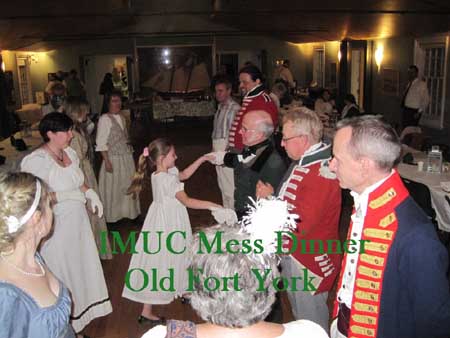 This past weekend, The Incorporated Militia of Upper Canada along with regimental friends from the Royal Newfoundland Regiment, York Volunteers, The US 22nd, The Canadian Volunteers and Loyal Sutlers attended the IMUC All Ranks Annual Mess Dinner at Old Fort York. It was great to see so many friends after such a long winter. Good times, great friends!! 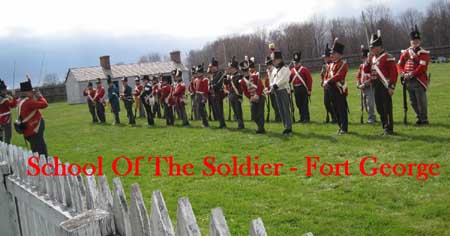 This weekend the Officers and NCOs of the Incorporated Militia of Upper Canada participated in the Crown Forces 1812 School of the Soldier at Fort George in Niagara-On-The-Lake.  It was an opportunity to work with members from the Crown Forces Staff and the other regiments.  Best practices, suggestions and legal questions were all asked and answered.  Time was also taken to go over common drill maneuvers so that we could work together more efficiently as a battalion.  It is good to know we are all working at this together. 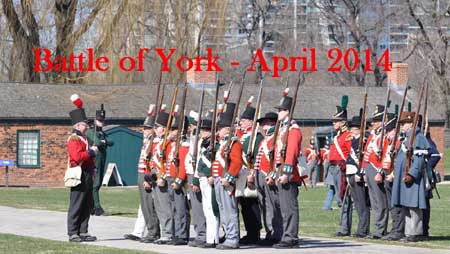 Each year during Old Fort York’s Battle of York celebrations we head to the city for a day of drill.  The York Volunteers, The York Militia and the 10th Veterans were also at the fort working on drill and interacting with the public.  The Regency Dancers also were at the fort, making for a full house indeed!  .  Special thanks to Deb Brown, again, for many of our pictures.