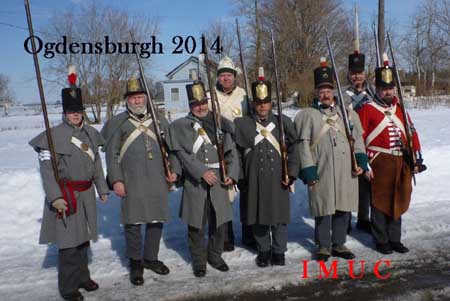 This past weekend was the 201st anniversary of the Battle of Ogdensburgh.  This year’s snow and ice, added authenticity to the original battle where the St Lawrence froze over allowing the British to attack.  IMUC, The Glens, The Fensibles, and Forsyth’s Rifles again returned to town.

Pictures c/o Ron Philips, The Fensibles, Mr. Weaver of the local paper, Silvia Pecota and our own Darlene-cam can be found at:

Further information about the original battle can be found at:  http://war1812.tripod.com/batogden.html