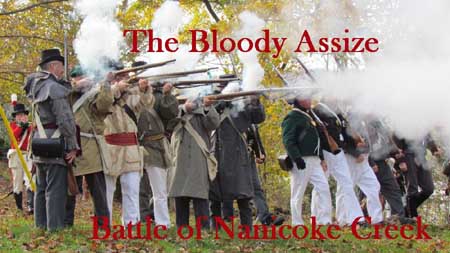 During the War of 1812 marauding bands of renegade settlers, many of whom had defected to the United States from the Niagara and London Districts, were active in Southwestern Upper Canada.  A number were captured and in May 1814 nineteen prisoners were indicted for high Treason.  A special court was authorized to sit at Ancaster and the acting attorney-general, John Beverly Robinson, instructed to prosecute.  The trials were conducted by Chief Justice Thomas Scott and Puisne Judges William Dummer Powell and William Campbell.  Fifteen were condemned to death as traitors.  On July 20, 1814, eight were executed at Burlington Heights and the remainder sentenced to exile.  These trials became known as the Bloody Assize. 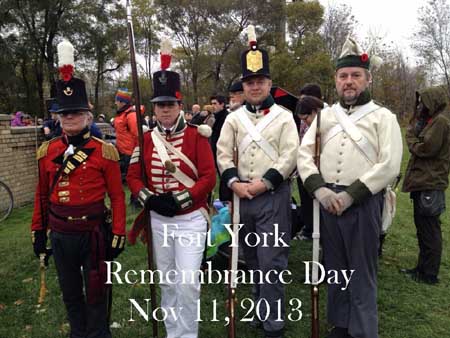 A small contingent of the Incorporated Militia of Upper Canada were able to assist the Fort York Staff with their annual Remembrance Day Ceremony once again this year.