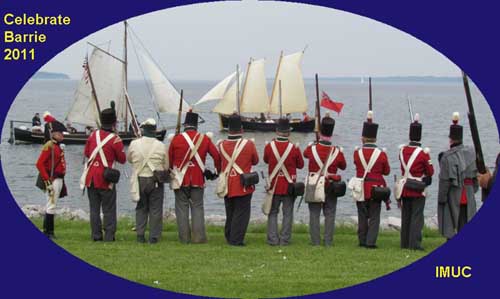 At the invitation of the City of Barrie, The Incorporated Militia of Upper Canada joined the Glengarry Light Infantry and the Royal Newfoundland Regiment in adding a heritage component to Celebrate Barrie on the shores of Lake Simcoe.  The weather kept the visitors away in the morning but the event was very well attended by the public all afternoon. 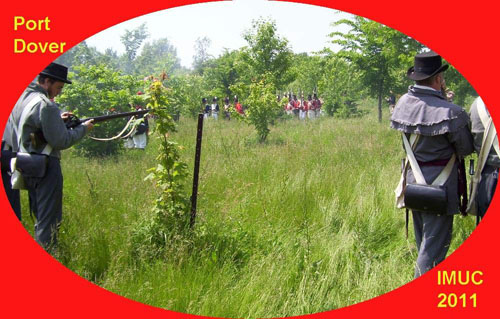 This past weekend the Incorporated Militia of Upper Canada donned US uniforms to portray US militia in support of the US navy for  the Raid on Port Dover.  The original occurred in the spring of 1814.

A skirmish and three battles,  including one on the beach, made for a very active event.  Even the weather cooperated this year! 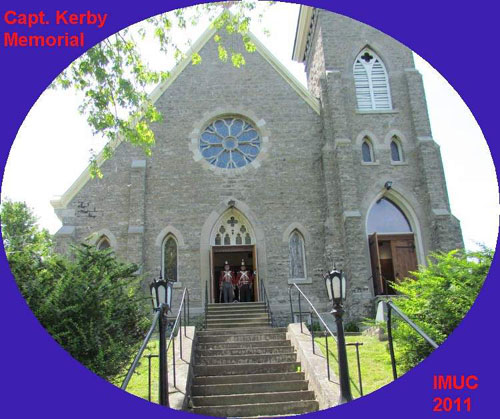 The  historical unit we represent is Captain, later Major, Kerby's Number 1 Company of the Incorporated Militia. The Number 1 being given once the various small detachments were assembled into a single battalion at York in March 1814.

A brief summary of his life can be found in the "Dictionary of Canadian Biography".

In addition to this it might be pointed out that his company, along with Indian warriors, actively pursued the retreating Americans after the Battle of Stoney Creek. They were likewise active in keeping the Americans bottled up to a small area around Fort George - this often led to small, but rarely recorded, skirmishes. After the Americans departed for their own side of the river, Kerby was one of the first to re-enter Fort Erie.

Prior to the attack on Fort Niagara, Kerby organized the gathering of boats, some of which were dragged several miles overland from Lake Ontario to the Niagara River.

Sunday’s memorial organized by John Sek of the Lincoln Artillery, commemorates the efforts of these Canadians so many years ago.  It is our privilege to represent these brave and loyal soldiers/citizens.