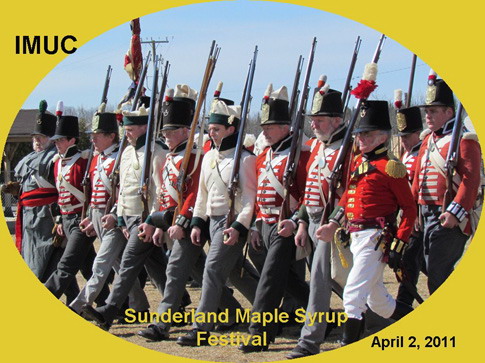 On Saturday April 2, the Incorporated Militia of Upper Canada held a spring field day at the Sunderland Maple Syrup Festival.  It gave us a chance to get onto some open ground, practice what we had done at indoor drills during the winter and to add a little colour to the Maple Sugar Festival.  We got back into stride quickly and our new recruits are starting to shine.  A couple more sessions and we will be ready for the re-enacting season. 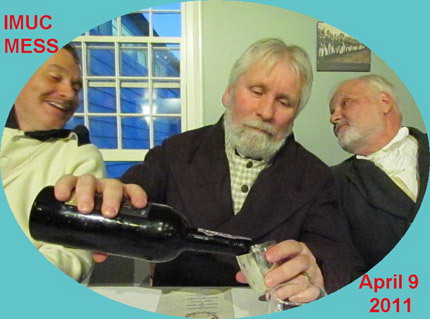 This year’s annual IMUC Mess dinner was held on April 9 in the Blue Barracks of Old Fort York in Toronto.  Our ties to fort are long and deep.  The original IMUC were garrisoned there with the Royal Newfoundland Regiment, the Glengarry Light Infantry and the 8th Regiment when the Americans attacked in April of 1813!


Our guest speakers for the evening were Greg and Dinah Hunter who spoke on Tecumseh’s people .  Dinner, regimental friends, the loyal toasts, and period dancing rounded out the evening.  The mess dinner is always a good time for members to show off new uniforms, frocks and accessories!! 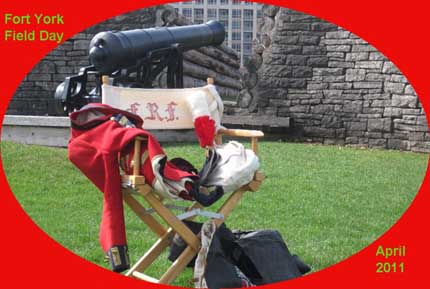 Each year at the end of April, the Incorporated Militia holds a full dress field day in conjunction with Fort York’s Battle of York.  This year’s commemoration is on May 1 and we will be in Delaware Ontario at the Battle of Longwoods.   Our Fort  York Field Day always allows us a chance to make sure our drill, uniform and kit are ready for the upcoming season.

As part of today’s program, while the Fort’s Colours were being raised, we took time to honour one of our own who recently left us.  Fred Fishell was a great friend to us all and we will dearly miss him.   A talented artist, Fred was responsible for creating our own Colours and cartooning our life in the line and at camp.