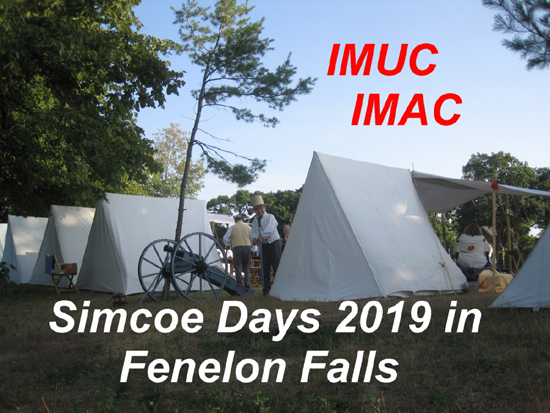 In 2018 we (IMUC 7 IMAC, along with our Campfollowers) were invited by the Simcoe Days Committee of Fenelon Falls to set up camp and demonstrate tactics and military maneuvers for the good people of Fenelon Falls.  We were invited back this year and brought our cannon with us.  Again the local population appreciated our interaction and interpretation of the 1812 period.  We would like to thank the town and the organizers for treating us so well!

Seize The Bay!
The Battle Of Georgian Bay 2019 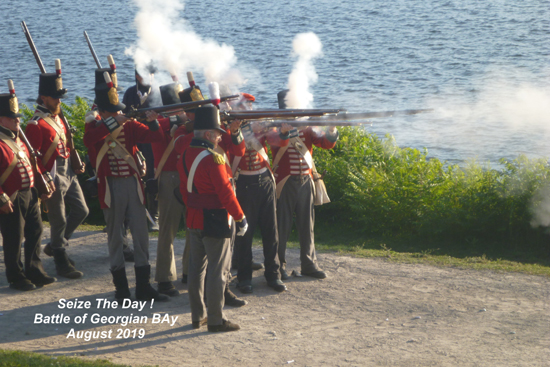 Still can't believe that it has been 18 and 20 years since the original Battles of Georgian Bay at Discovery Harbour, Penetanguishene! Dave Brunelle , his staff and volunteers, pulled it off again! Gunboats, war canoes, cannon barrages, street fighting in town after town, non stop musical entertainment, nasty jack's, and the support of the 1812 Community during their Grand Tactical for 2019 ! Lots of re-enactors from across Canada and the US supported this Grand Tactical providing non stop action on the field and off! OUR IMUC-cams were out trying to capture some of the excitement. Thanks Carol, Darlene, Sharon, Deb and all for the pictures. 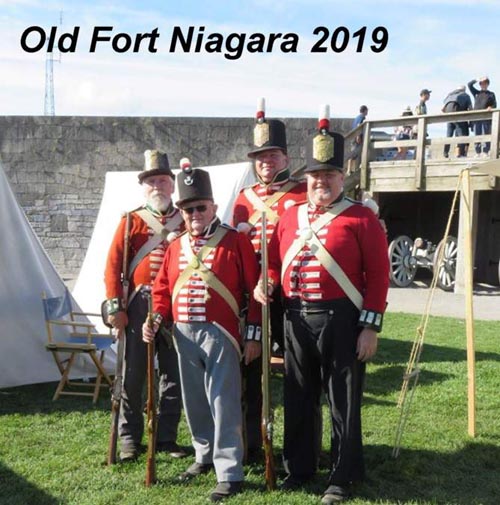 Our intrepid expeditionary force did attend the Old Fort Niagara 1812 weekend, Labour Day Weekend.  Dave, Kevin, Brent and Sean along with Campfollower Deb ventured across the border, once again, to represent IMUC at the fort.  The weather held and our merry band returned home safely!