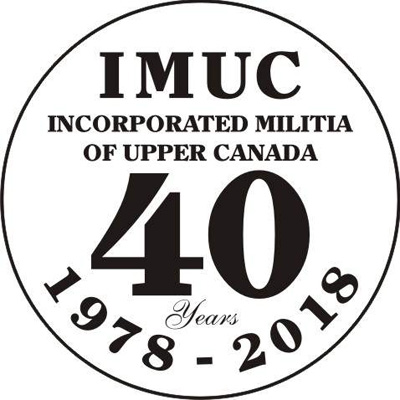 On Saturday in the Blue Barracks of Old Fort York IMUC celebrated it's 40th anniversary as an 1812 Re-Enactment Regiment. That is about 20 times longer than the original Incorporated Militia existed!

Guests from On-Gwe-Ho-Way, The Glengarry Light Infantry, The Royal Newfoundland Regiment, The US 22nd, The Norfolk Militia, 2nd York Militia, The Royal Navy, The King's Loyal Sutlers, The Royal Scots, joined IMUC, our own Incorporated Militia Artillery Company and Our Campfollowers at our Annual Mess Dinner.

We were greatly honoured when Hunter and Sable of On-Gwe-Ho-Way presented our Commanding Officer, Ken Murray, with a plaque commemorating 40 years of friendship between our two loyal groups. Chi Miigwech! 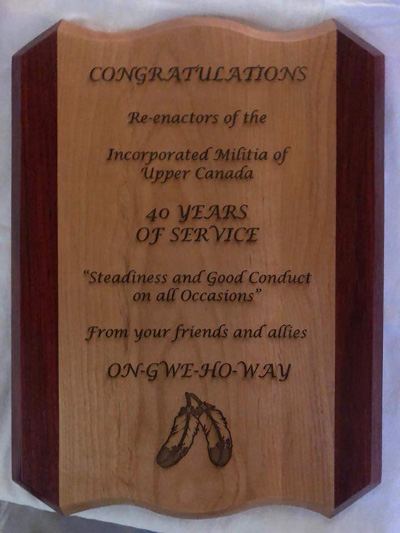 Photos c/o Jacquie, Liz, Jim, Brenda and eventually Sean, can be found at;