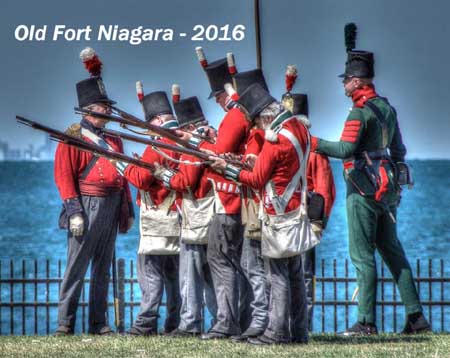 One of IMUC’s favourite events occurs each Labour Day weekend at Old Fort Niagara in Youngstown NY. This year’s successful event, saw an almost 50% increase of visitors to the fort! Word must be getting out as to how successful 1812 at OFN has become.

Once again IMUC served on both the American and Redcoat sides at different times during the weekend. Thanks to Dawn Lindsay, Denise Lundgren and Rolf Gollins we have a great selection of photos from the event. They can be found at: 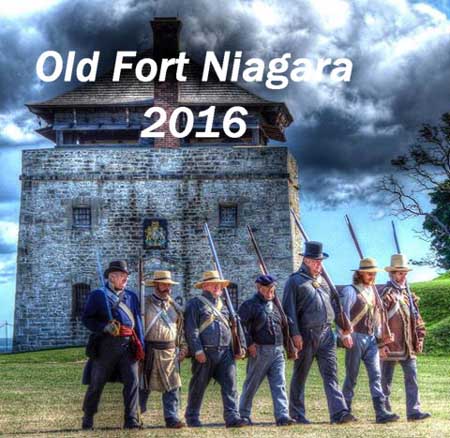 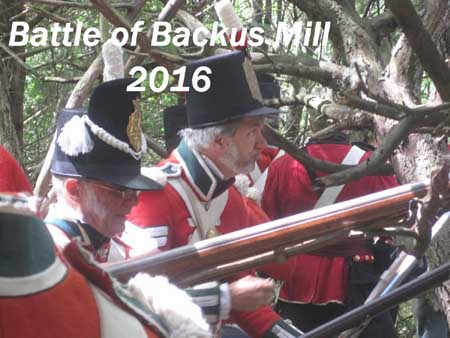 Backus Mill is definitely one of the most photogenic 1812 sites we attend. The absence of modern distraction and the idyllic setting in pioneer village makes for a great 1812 experience. The battle scenarios in the bush and through the valley make great site lines for participants and the spectators who come to watch and learn. Although it got a “little damp” on Saturday evening, the weather was only aa minor distraction for a while. Members of IMUC, the Royal Scots, The Glengarry Light Infantry and our Native Allies took on the Canadian Volunteers and the US 16th.

Thanks again to the site and the Norfolk Militia for hosting yet again!

The "Kids" branch out on their own! Battlefield house - Applefest, 2016 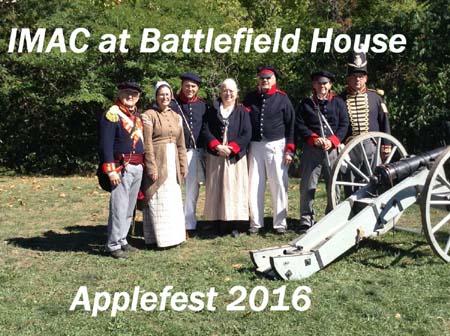 A few seasons ago members of IMUC and the Campfollowers started providing miscellaneous gunners for cannon crews that found themselves a little short staffed at events. This "filling in" has let this year to the founding of IMAC - "The Incorporated Militia Artillery Company". We are very, very proud of "our gunners" and the leadership show by their commanding officer ,Brent Beacroft. They have manned a series of guns at Longwoods, Fort Erie, The Gunboat Weekend, Stoney Creek, Cryslers Farm, just to name a few. This past weekend they took the field at Battlefield House in Stoney Creek for their annual Applefest, manning the "house gun"! Well done all! 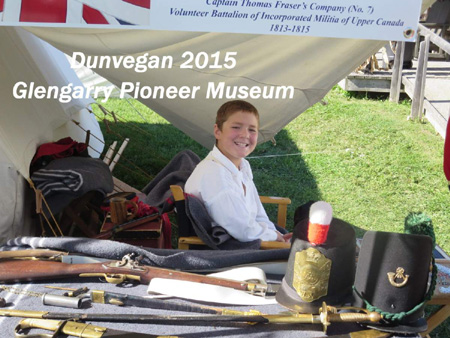 Members, this past week, also traveled to to Dunvegan, north of Corwall (ON) and just west of the Quebec border. The site hosted a War of 1812 weekend with a very well attended Education Day on Friday September 23. Four of our members were able to bring their interactive educational displays and serve as members of an attending cannon crew!