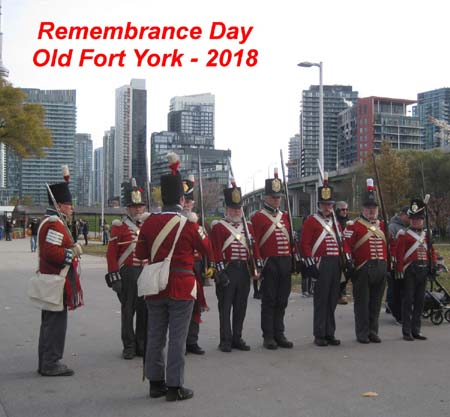 Usually at the Fort York Remembrance Day ceremonies we join up with the IODE, WW ii veterans, Fort York Armory personnel and one or two WW I re-enactors.

This, the 100th anniversary of the original Armistice Day, had a much larger contingent of WW I soldiers and medical staff in attendance!

With an estimated 1500 public attending, it was definitely the Fort's most successful Remembrance Day.

Some pictures can be found at here